This write up follows an initial few months of research into wearables / an initial questionnaire to establish if people did in fact feel badly when forgetting items, as well as a general specification for a few parameters.

To meet Weisers’ concept of disappearing computing and technologies requires that users are willing to accept the use of that technology into their everyday lives.

Issues / obstacles facing wearable & UBICOMP designers Social aspects – to identify social boundaries that could limit a smart bag’s acceptance. An interview with Kate Hartman by Nora Young on Spark commented that things that look and feel more comfortable or more aspirational for us get adopted quicker, it has an extreme influence on the rate of adoption. Also, that a ‘wearable’ becomes more of a part of us.  To increase adoption factors such as cost and fashion as well as the design of these objects is a huge consideration. Designers in wearable’s need to understand how it fits into a person’s style universe. To meet the concept of disappearing computing and technologies it requires that users are willing to accept the use of that technology into their everyday lives.

Needs requirements survey Oct 2012. In order to establish the needs / requirements for this research there was an initial survey conducted. This was to examine data that would be current and establish if there was some credence into people experiencing forgetfulness in their everyday lives. In order to establish how people felt when forgetfulness occurs in their lives, to see what types of emotions they experienced and if this was correlating with the few surveys I found in other papers. The only requirement in order to complete the survey was if they had a medically diagnosed memory issue.  If they did the survey would end. These are some of the results that I found and clearly established that there would be a need for further investigation. The survey had 62 responses, 69% male (44) and 28% female (18). The range of ages were 23 – 53. The survey was posted online and advertised through Twitter, Facebook and Google +. 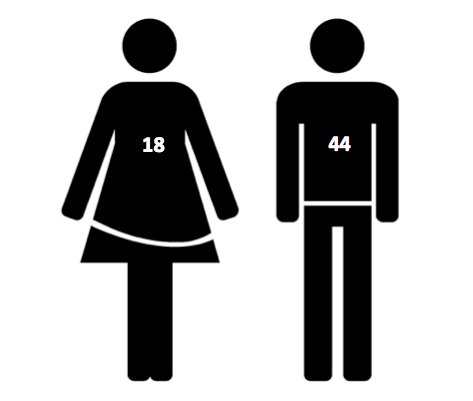 Initial question was to establish their perception of their forgetfulness, and 44 respondents considered themselves forgetful. “Do you think of yourself as a forgetful person?” was the question asked, based on work that established that it wasn’t whether a person was actually forgetful, they just needed to think they were in order for these negative emotions to be apparent and affecting their lives in some way.

They key data I was interested in establishing was are there negative emotions associated when forgetfulness occurs, all respondents, whether they felt they were forgetful or not, felt very strong negative emotions and these were words / phrases used to describe themselves when this breakdown occurred, this is only a cut section of the responses.

Many words appeared over and over, such as stupid and angry: Foolish dumb, upset, Panicked, angry, stressed. Stupid, dumb, annoyed at myself.  Even angry. Frustrated, sometimes embarrassed.  In extreme cases, annoyed or worried that my forgetfulness will get worse. Anxious I feel that I forget something, but have no utter clue what Guilt, irritation, sadness Aggravation disappointed with myself Confused mostly. Then annoyed. Then I try to concentrate on what I’ve forgotten. Annoyed/angry with myself, sometimes angry at the person who pointed out that I forgot something. Panicked! Throws me off my stride, makes me realise I’m stressed! anxious, a failure. stupid Annoyed. like a twat Depends on what it is I’ve forgotten. If it involves someone else (a meeting, a birthday or their belongings for instance) I feel guilty and irresponsible, like I’ve let them down. If it’s my own stuff I feel resigned! If it’s something unimportant that can be replaced or fetched later I don’t worry anymore (aside from mild frustration). Bit pissed off with myself, to be honest.

This confirmed that there would be an area to study for healthy individuals, as there seemed to be a strong reaction for all respondents. Not only because there was a harsh reaction but also because when asked how often they forget, 31 respondents said every day, and 18 thought it was at least every other day, so this seemed a large amount of the time that these negative emotions would be happening. Lastly, an additional important piece of information also gathered from the survey was how they felt this impacted their lives and most people described an “off” feeling for the day, upset and / or agitated.

Prototype specification Some of the factors that are taken into consideration / planned for include:

Novice / needs no training Specific goals are to be able to put items in their bag and be able to tell what items they have are missing, or remain to be packed. It will operate on a positive feedback system so that the lights are all on at the start (when they switch on the system) and as each task is completed, or item packed, the light is extinguished, this is currently being tested for efficiency / usability.

Learnability How long does it take for a novice user to be able to do a series of tasks? For the purpose of the bag it needs to have as little effort as possible. Memorability: if it isn’t used in a month, can you remember how to use the system, how long does it take you to remember how to do the tasks?  Also to take into account is measuring satisfaction, fun, motivation, aesthetics, these are all subjective.

Environmental This item will initially, typically be packed in a home environment, it may be noisy on a morning, so visual cues were important as well as the audio ‘beep’ that happens when a tag is scanned. There is a flashing LED that flickers for a few seconds to indicate the scan was successful. Also to be aware of is movement and stresses on the bag. It may be shoved or placed in small or squished places etc when traveling on public transport, flung into a car boot etc. Also to be aware of is possible elements such as dust or rain – the bag is water resistant and the components are still safe when wet from rain, the battery housing is located inside the bag so is protected, but this all needs to be factored in to the system.

Un-dreamed-of Robertson and Robertson (2006) refer to ‘un-dreamed-of’ requirements, which are those that the users are unaware they could have. This is explained as the item should be approached by understanding the characteristics and capabilities of the users, what they are trying to achieve, how they achieve it currently… “Would they achieve their goals more effectively”, which is the paramount issue to keep in mind with the system.   Prototype crumple