Pavel Büchler: making nothing happen (Documentary Film), 2010
This is a film that I edited with Final Cut Pro and was finished in late 2010.

Pavel was the 2010 Northern Arts Prize Winner which was a great affirmation of the quality of work this artist produces. Filmed in several locations, from Manchester, Leeds, York, Scotland and Berlin. 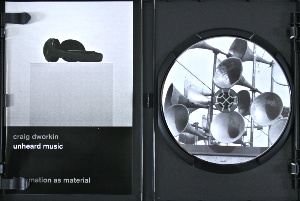 making nothing happen presents the work of internationally exhibited and widely acclaimed expatriate Czech artist Pavel Büchler. In urbane and incisive dialogue with Beckett, Kafka, Cage and Warhol, Büchler reframes their classic modernist gestures with insightful attention to the specifics of media and the overlooked materiality of the everyday: two Faber-Castell pencil stubs stood upright and made into miniature models of the towers of Kafka’s Castle; a passage from that novel estranged in broadcast through sculptural arrays of antique Marconi speakers; the applause (but none of the music) from all of the “live” albums in Büchler’s record collection; the collected silences of the lead-in tracks to recordings of John Cage records….

making nothing happen combines audio documentation, installation photographs, explanatory text, in-depth interviews and critical commentary. Presenting Büchler’s work with a sly and witty stylistic nod to Büchler’s own slyly humorous conceptual style. Composed with the self-canceling rhythm of systole and diastole — the phosphorus flash of sudden oxidation from a struck match followed by the contracted fade of the burn; the inhalation of vaporizing nicotine followed by an exhaling sigh; the entropic spread of bureaucratic reports and the ’pataphysical reorganizations of conceptual art; the telling retelling of a joke about repetition; bursts of applause and measures of silence; marking and erasure (and the marking of erasure) — the film organizes its materials in a series of carefully balanced pairings.

Accompanying the DVD, a 30-page booklet by celebrated American critic Craig Dworkin reviews almost one hundred compositions and performances of silent music — from Cage’s 4’33” to Büchler’s 3’34” — in a comprehensive survey of the best music you’ll never hear.