The re-writing Freud app became available to purchase in the App Store from February 4th. It is the next logical incarnation of the artwork Re-Writing Freud which was first created back in 2005. This was my first Universal iOS app. 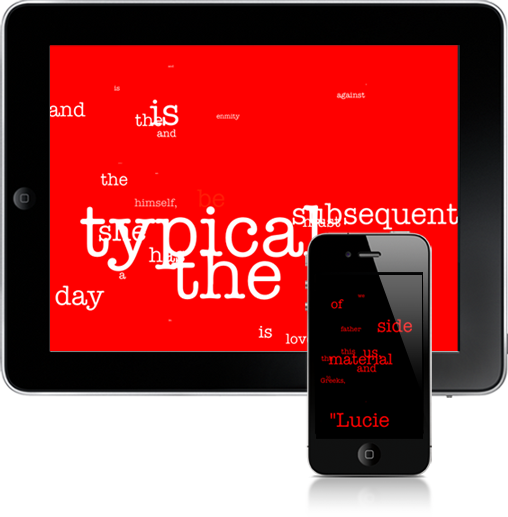 It took a lot of research and drafting out of several interactions of the app because it is such a new dynamic platform. It seemed I kept focusing on re-creating the initial interface, which was designed for a powerful computer. I knew this was not the same device or experience and it needed to be adapted to reflect the best use of the technology it would be experienced on. From there I realized that the key to an iPad is the human interaction and that the surface is so beautiful and clean that it really would be my job to maintain the essence of those features.

The app would focus on the book. That was the core essential element, and from there the user would be able to write the book randomly every time in terms of them interacting with the device. The interface is minimal, only a solid colour, based on the rotation of the device.

In fact, you won’t see anything other than the colour unless you interact.

The words only become visible when you tap the screen, then randomly the words are chosen from the entire book and presented in a random place on the screen. The words then fade out after a set elapsed time. 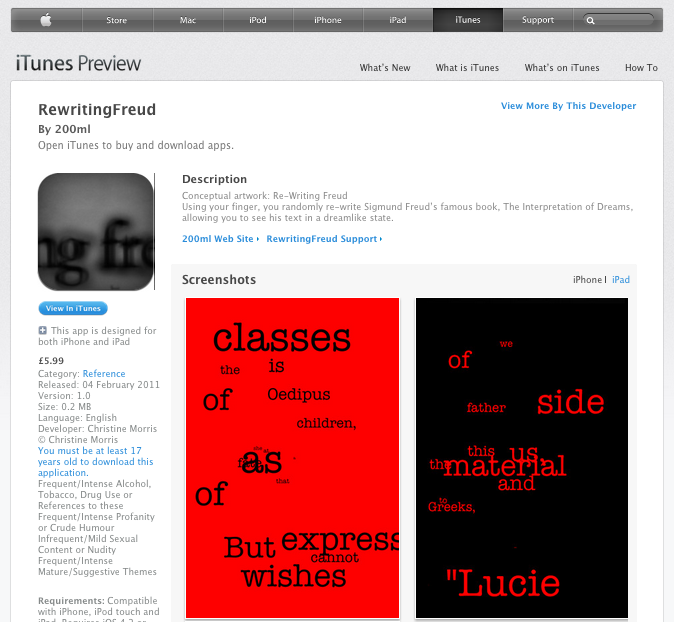